The Evobot industrial AMR (Autonomous Mobile Robot) robot allows the movement of heavy loads up to 2000 kg (towing and lifting) thanks to an on-board navigation system.

It is provided with a complete natural navigation solution which calculates the position of the vehicle (location), controls its movement and can be interfaced directly with the vehicle's safety laser scanners allowing:

To guarantee a natural cohabitation between the EVOBOT robot and humans, the signaling of movements has been particularly studied:

The Evobot mobile robot is supplied with a feeding station allowing the robot to charge automatically and frequently. This task can be carried out between each mission or at the end of the exercise. The action can be triggered by an operator or carried out automatically by the robot (defined beforehand). 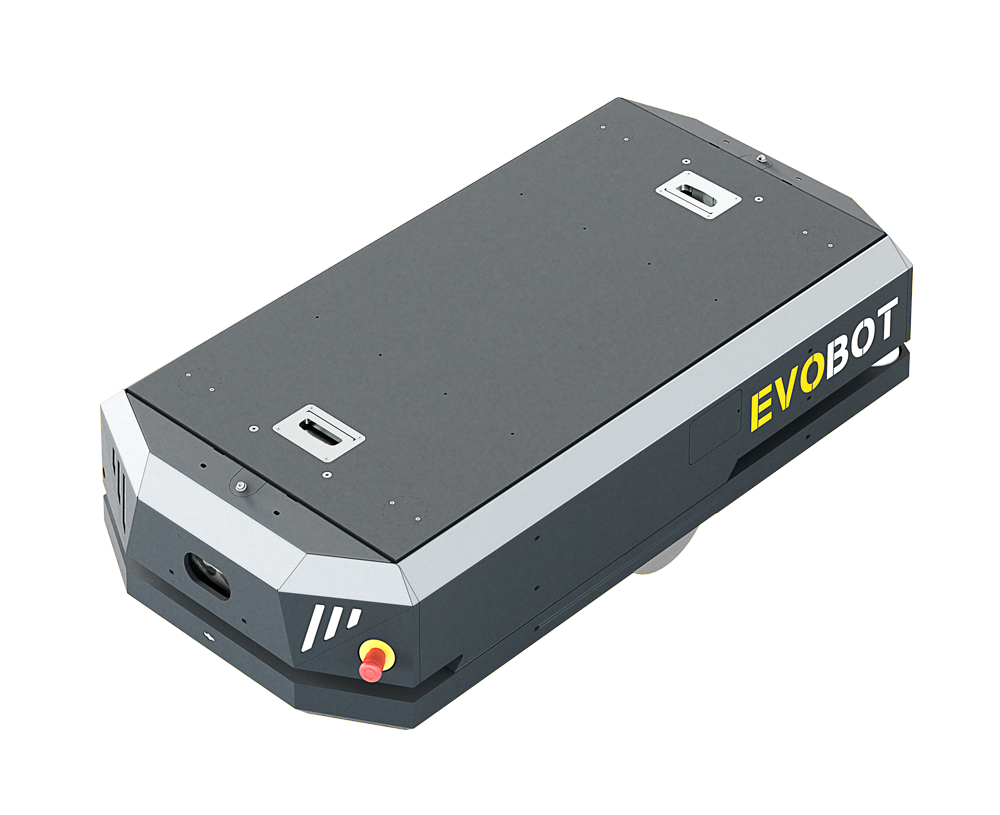 DO YOU NEED SALES INFORMATION?

DO YOU NEED HELP? OUR CUSTOMER SERVICE IS AT YOUR SERVICE